"ELIXIRS" is out now! 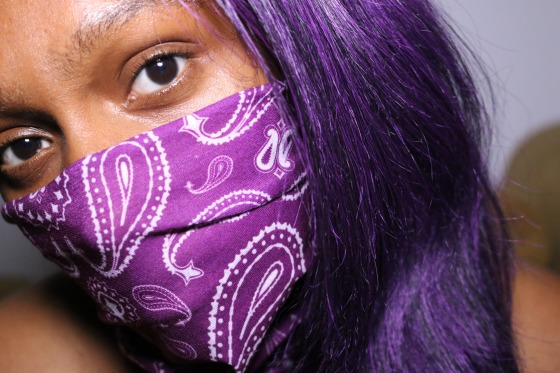 TYNACITY is a producer, DJ, music documentarian and media personality. After being referred to as being “tenacious” by her peers and mentors alike throughout her life, a young woman named ‘Ty’ became TYNACITY. She was born and raised in Milwaukee, Wisconsin and is currently based in LA. Her ambitions allowed her to receive formal training in both music and film during her formative years. By 2014, she graduated from Columbia College Chicago with a Bachelor’s Degree in Sound for Cinema. Working in cinematic sound design and distribution has allowed for Ty to work on films like Jon Avnet’s “Three Christs” and the 2Pac biopic, “All Eyez on Me”. However, in 2017 she formalized her career as a DJ, using sound skills and connection to the world-at-large to help others sing and dance joyfully!

Her show releases include:

The June Out Jam (Hip-Hop,Rap, Trap)

TYNACITY’s love of languages and support for diversity has inspired her to bring the Tropics from the Midwest in her most recent work.

Become a Patron!
Watch live video from tynacitythatdj on www.twitch.tv

TURN UP THE STREETS WITH TYNACITY [THAT DJ] 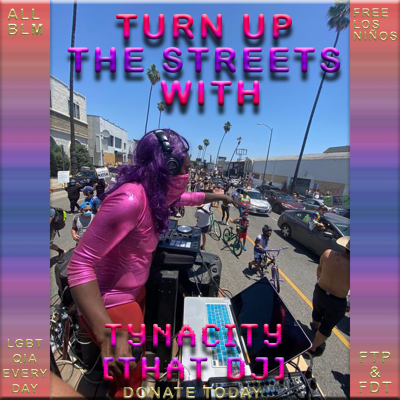 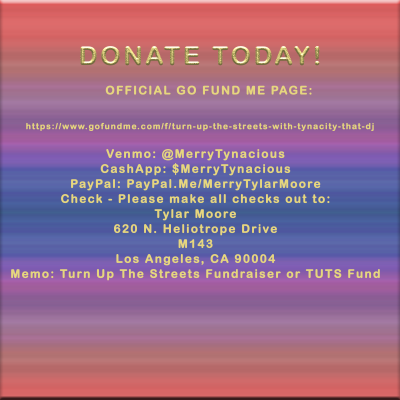 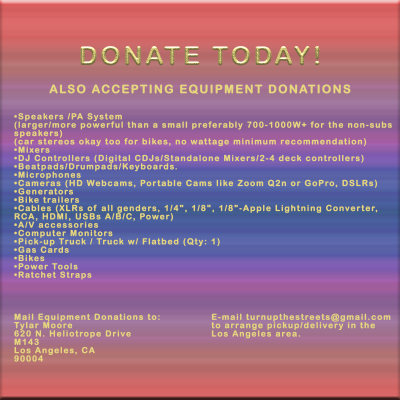 The velocity of collective action taken in response to the murder of George Floyd and many other Black people since [AND BEFORE] by the hands of law enforcement has brought on the largest and longest wave of protests this nation has ever seen. This energy has also reawakened folks that children at the US-Mexico border are still encaged in one of the most heinous national atrocities in modern history! We absolutely cannot let up in this uprising!

I began the Safe & Sound livestream as a platform to feature social justice content and an uplifting narrative within open-format DJ mixes in response to the COVID-19 quarantine in March 2020. Once a nightly show, Safe & Sound is currently being reformatted to offer in-depth stories and tips related to this country’s movement along with great music.

I am also a part of a community of artists that have been supporting actions across Los Angeles County since May 26th. Since then, we have been using all of our resources to keep people safe, engaged, and hopeful in these crucial events. We initiated the use of mobile sound systems on the ground to keep up this momentum. There have been no less than 3-5 demonstrations going on around the county daily and there has been an ever longing need for extended support for demonstrations in Orange County, where counter-protesters in their various hues of white supremacy have shown out widely. In addition, concerned activists and artists from the Midwest and East Coast have reached out in need of sound systems to assist with their actions.

Livestreams have proven vital in providing news and art happening in real-time, with a raw lens that cannot be coiled in by a corporate news spin.

Mobile sound systems have shown to be effective on the ground in keeping marching groups united in motion and in chants. With them present, it is quicker to inform attendees of any unexpected happenings in the street, keeping them from harm’s way. It also serves an accessible platform for artists and speakers to touch the people’s hearts in this much-needed wave of change.

Though our efforts thus far have received a tremendous response from organizers and the public-at-large, in order to keep going, we must involve each person that comes across the movement and let them know they can do something to help as well! This fundraiser for $60,000 is based on careful budgeting, factoring in what it has taken to make the sound systems possible initially and what it would take to BEGIN the expansion toward making this a consistent, everyday occurrence until America does right by us. Imagine if each group and organizing individual had access to a sound system - there would be no way they could be drowned out, and they could in turn provide a platform to even many more oppressed voices!

Become a Patron!
Powered by Site.pro